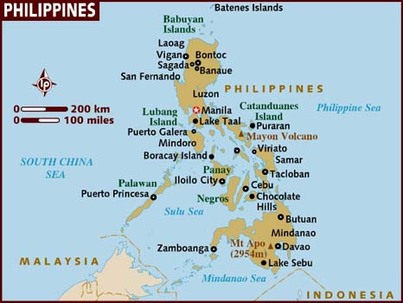 The U.S. was aided by Emilio Aguinaldo  led a group of Filipino insurgents against Spain. So the Filipinos assumed they would receive freedom after the Spanish-American War, but when they didn't they revolted against the U.S.  Their leader was Emilio Aguinaldo, the same one that fought with the U.S. and against Spain. President  Taft and the  America wanted to bring the Philippines to civilization. Still, the Filipino's wanted freedom but they didn't get it til July 4, 1946 after WWII.
Powered by