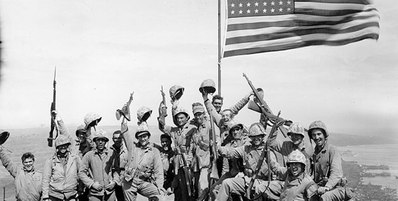 World War II created opportunities for many Americans there was an abundance of jobs and money to spend. Farmers were successful during the war crop production increased and farm income increased. Women entered the workforce again like in WWI. It ended the depression brought on by WWI and the war time efforts also unified the country. WWII created a hatred and mistrust of japanese Americans after the bombing of pearl harbor. The end of the war caused an increase in college enrollment because of the GI bill. The war also increased the standard of living in the U.S